People get too hung up on labels. They have two say they’re a libertarian or a socialist or an environmentalist. Or a dark green or a deep green, a geeky green or an ecomodernist. It’s like clothing that you put on because you like the way it makes you look. For some people it’s cool to be an anarchist. It used to be cool to be a communist but it isn’t so much these days.

It all gets very tribal very quickly. What your beliefs actually are don’t matter so much any more. You’re fighting for your tribe. They’re your tribe’s of beliefs. People tend to connect more with one another than they do with an idea. 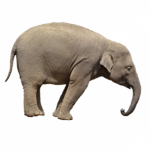